Zoom with the Adventure Rabbi

NOTE: This event has been postponed until spring. Check back later for details.

Meet the Adventure Rabbi! Rabbi Jamie Korngold founder of Adventure Judaism, a modern way to experience Jewish life through nature, joins us for a virtual Sukkot event. She’ll talk about the amazing outdoor programs she leads around the world through Adventure Judaism, the holiday of Sukkot, and honoring the time Jews spent outside. Korngold is also an accomplished author with 11 books to her name, including the popular “Sadie and Ori” series — and she’ll read her favorite “Sadie and Ori” book for us!

About Rabbi Korngold
Rabbi Korngold is an ordained Reform Rabbi and the founder of Adventure Judaism. She is nationally recognized for her innovative work combining religion and nature. Rabbi Jamie Korngold is the author of 11 books including “God in the Wilderness” (Doubleday 2008); “The God Upgrade: Finding Your 21st-Century Spirituality in Judaism’s 5,000-Year-Old Tradition” (Jewish Lights, April 2011), which was named one of the ten best religions books of the year by Publisher’s Weekly; and the Sadie series (Kar-Ben.)

A favorite of the media, she has been featured by Good Morning America, USA Today, CBS, CNN, NPR, the New York Times, Wall Street Journal, Ski, as well as many other outlets.

Rabbi Korngold is an athlete and a scholar. She completed the Leadville Trail 100, a hundred-mile running race, in less than thirty hours and was ranked fourth in the nation for telemark mogul skiing. She is a graduate of Cornell University’s Natural Resources program and received her master’s and ordination from Hebrew Union College.

Her eclectic path includes such adventures as working as a street musician in Japan, a taxi driver in Alaska, and a cook on board a boat helping with the Exxon Valdez oil spill cleanup.

Rabbi Korngold is best known for her ability to make Judaism relevant, meaningful, and accessible and therefore opening the doors back to Judaism for thousands of disenfranchised Jews. Through her nature-based approach to religion, she is able to bridge the gap between scientific thought and religion, healing a fissure that often disrupts spiritual paths. She lives in Boulder, Colorado, with her two daughters Sadie and Ori. 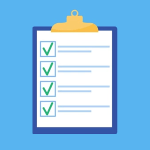